The Virtual Gastric Band method is an alternative way of losing weight.  This, as the name suggests, uses clinical hypnosis with the concept of a non-surgical virtual gastric band to empower you to be satisfied with smaller amounts of food.  It works by convincing your brain that your stomach is full after you’ve eaten a certain amount.  It has all the health benefits of conventional gastric banding procedures but with: It’s also much cheaper than surgical procedures and deals with the psychological triggers to over-eating.

Changing the way you think about food

As it’s NOT a diet, it can help you longer term.  We all know diets tend to work short term and often make you crave the very foods you are trying to give up.  They can leave you feeling miserable, hungry and deprived.  The Virtual Gastric Band works by negating these issues and therefore is much more likely to help you find a long-term solution to your problems, by dealing with any emotional issues underlying your relationship with food.  It means you will be able to eat what you want but be supported to eat smaller portions and be more satisfied on those smaller portions.

The Virtual Gastric Band is suitable for anyone who needs and wants to lose weight.  Unlike the surgical procedure you do not need to be classed as clinically obese, be fit for surgery or have a high BMI (body mass index) to be eligible.

Who will benefit from virtual gastric banding and how does Virtual Gastric Banding work?
It’s a safe, non-surgical, non-invasive technique which uses hypnosis to train your mind to be satisfied with less food without deprivation and denial, thus reducing weight and enabling associated long-term health benefits.  It generally involves 4 sessions, usually spread out over 4 weeks.  During the first of which your subconscious mind is conditioned into behaving as if you have undergone surgery to reduce your stomach to the size of a golf ball (just like the actual medical procedure reduces the size of the stomach, but without the added complications of actual surgery).  The subsequent three sessions deal with the psychological triggers that led to you over-eating in the first place.  These sessions are tailored to your particular issues and goals, and you will be given your own Mp3 audio to support you. 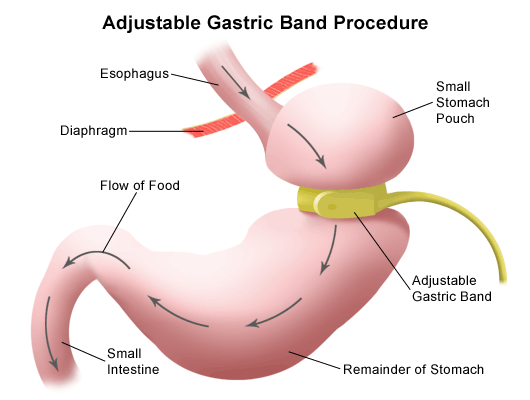 Why the Sheila Granger method?

There are many types of hypnotherapy methods based on the principle of a virtual gastric band.  The Sheila Granger method, however, is the first to undergo a clinical trial in the UK (with the York Medical School and Hull University).  This exciting trial helped the Sheila Granger method of Virtual Gastric Banding to achieve recognition throughout the medical profession amd worldwide.

The first trial saw 24 out of 25 candidates lose an astounding 14 stone between them in just 3 weeks.  This result attracted the attention of a General Practitioner in Beverley, East Yorkshire England and a second trial was conducted with 12 of his patients who had been removed from the bariatric surgery waiting list on the UK’s National Health Services (NHS) list.  Again 95% of the group experienced a positive result.  Sheila is the only hypnotherapist in the world to conduct a trial for weight loss via hypnotherapy.

I have been trained personally by Sheila in this remarkable method.  Unlike some other trainers of gastric banding with hypnosis, Sheila teaches her method personally – ensuring her excellent high standard of training and professionalism.

​For details of our prices and special offers, please see FEES page